German premiere of the documentary about Kosal Khiev, by Masahiro Sugano.

Cambodian Son documents the life of deported poet, Kosal Khiev after receiving the most important

Cultural Olympiad. Kosal would travel to London having only taken two flights prior; first, as a 1-yearold refugee child whose family fled Cambodia and, then as a 32-year-old criminal “alien” forcibly

returned to Cambodia in 2011. The film follows a volatile yet charming and talented young man who

struggles to find his footing amongst a new freedom that was granted only through his deportation.

Kosal’s London representation is a triumphant moment for many people in his life, both in America

and Cambodia. The film traces the impact and significance of this moment for Kosal, his friends,

family, mentors and a growing international fan base. Armed only with memorized verses, he must

poet. After the performances end and the London stage becomes a faint memory, Kosal is once again

left alone to answer the central question in his life: “How do you survive when you belong nowhere?”

After the film screening there will be a performance by Kosal Khiev, a talk with the filmmaker Masahiro Sugano and the Berlin based social worker Birgit Lang. Moderated by Shelly Kupferberg.

In cooperation with Friedrich-Ebert-Stiftung and "Kultur als Brücke". 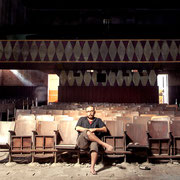 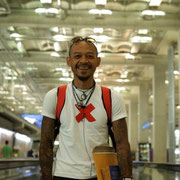 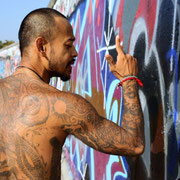 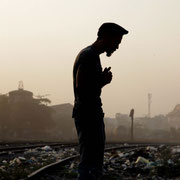 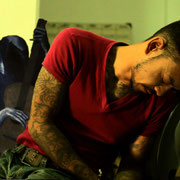 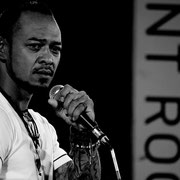 Invited by the Performance Arcade Waterfront our artists will create a performance which includes stories, dance, poetry, music and a Mural in Wellington New Zealand...

And again: We focus on Climate Change, the Oceans, Plastic Pollution and Climate Refugees...

This cross-cultural initiative is a co-operation between the Goethe-Institut New Zealand and No Boundaries e.V. in Berlin/Germany with support from Creative New Zealand, Wellington City Council and St Johns Bar & Eatery.